League of Legends: All Ranks and Ranked System Explained

By Julian - November 02, 2020
In order to measure yourself against other players in LoL, there is a ranked system with 9 different ranks. In ranked you will always be thrown into a match with similarly strong players. But how does it actually work?

As in many other esports titles, League of Legends has a ranked system to measure yourself against your equal opponents. In order to assign your account to a league at the beginning, you must first complete ten games, after which you will receive a rank for the first time. The nine ranks in League of Legends are represented by the so-called ranked armor. The ladder ranges from iron league to challenger:

Each league is further broken down into four divisions, while division IV being the lowest and division I the highest. Only when you have played through all the divisions of a league you get into division IV of the next higher league.

Which league you start in after the first game depends on your rank last season. New accounts that have never played ranked matches before start in the bronze league.

To climb up from one division to the next, you have to collect LP (league points). Every game you win gives you LP for your rank, every game you lose, LP is substracted. How many League Points you get or lose per game depends on your MMR (more on that later). This means that the LP per game can vary from -20 to +30. With a balanced MMR, you get +20 LP for a win and -20 LP for losing.

Since preseason 11 there are no more promo series for divisions within a league. This means that once you would get more than 100 LP, you advance to the next rank. The excess league points will be credited to you for your new division. As soon as you fall back to 0LP, you can relegate.

If you reach 100 LP in division I of a league, you play for promotion in 5 games. Then you have to win three of the next five games to be promoted to the next league.

After you have been successfully promoted, your rank changes for example from Gold I to Platinum IV. In the new league you start again with 0 LP and fight for promotion to the next division. But be careful: You can be demoted awell!

If you are promoted to a new league, you have a small buffer so that you can't relegate straight away. If you lose too many games, you'll see a small yellow warning sign next to your rank. This tells you that your rank is at risk if you lose more games. If you continue to lose games, the sign changes to red. Then you are just before the demotion. After relegation, however, you don't start at 0LP, but at 75.

You receive between 20 and 30 split points for each win, depending on whether you played your main role or won off-role (autofilled).

The promo helper is supposed to help you with promotion series of leagues that you already achieved before this season, but were then relegated. For example, if you were already Gold IV, but then relegated to Silver I, you will receive up to two free wins for your next Gold IV promotion series. With that, you only have to win one or two more games to rank up.

The promo helper will also help you if you have just lost the promotion series to a new league. As soon as you get back into the promo, you will also receive up to two free wins.

In general, the promo helper is only available in Iron, Bronze and Silver league. You then have to play the promotion series from Gold I to Platinum IV without it.

Your match-making-rating (short: MMR) is a number that represents your rank. The MMR determines how many LP you win or lose per game. It is not visible to you, but it can be estimated based on your current rank and the LP that you get per game.

Ranked games are set up so that players with similar MMR are matched together in a game. For example, if you play DuoQ with a buddy, the average value of your both MMRs is taken to place you into the queue for a game. 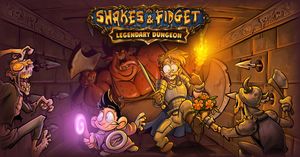 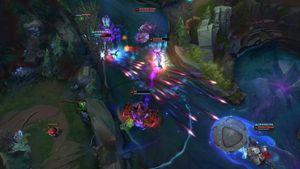 League of Legends: New Terms for Item Stats in Season 11