League of Legends: Change These Settings as a New Player!

By julian - August 04, 2021
New League of Legends accounts all have the same default settings. However, some of them are not yet optimal and should therefore be adjusted by you as soon as possible.

You should definitely assign this setting to a key that you can reach easily. How many times has it happened to you that you attacked a minion or a ward instead of the enemy champion? With Target Champions Only, this will no longer happen.

With this, your champion will go and shoot auto attacks on anything that gets in his way. If you like to play Kalista, this option is an absolute must if you don't want to get sore fingers from clicking while playing. Personally, I put Player Attack Move Click on the A-button.

This ping is the only one that has been added since the game was released. Therefore it can only be found in the options and not in the "ping wheel". By default, this ping is on the H-key. With this ping you signal to your team where the opponent has put his wards. By using this ping, you can help your jungler enormously, even if you are not using the chat.

Usually the shop opens with the P-key. But since that is extremely far to the right on the keyboard, I have placed the shop on the Y-key as an alternative. This makes it very easy to reach with the left hand.

Everyone can use the color blind mode. The otherwise green health bar of your champion can often hardly be distinguished from the green background. With the colorblind mode, your health bar turns yellow and stands out clearly from the background.

Voice volume regulates the volume of the champion quotes. However, they can be completely ignored because they do not give you any information about the game. Quite the contrary: The champion quotes are often only used to taunt the opponent ("You belong in a museum!"). Therefore, just set the voice volume directly to zero.

Unfortunately, the pings in LoL are often abused to annoy other players. You can turn the sound of the pings down (or off) in the sound menu. Pings cannot be completely switched off, which is a good thing because they are absolutely essential for communication.

The default settings for the interface are not ideal, so you should adjust them a little. The HUD-and Chat-scaling can be turned down a bit. These two aren't that important and just take away your view of the battlefield.

The Minimap Scale, on the other hand, should be definitely enlarged a little, because it gives you important information about the movement of opponents and spawn timers of camps and epic monsters.

The activation of the spell cost display is missing here. With Show Spell costs you can now see the exact mana or energy costs of your abilities.

By default, skill cooldowns are only shown in seconds. With the high cooldowns of summoner spells, that's a few hundred seconds. To better estimate the time of your cooldowns, it is advisable to set the cooldown display to Minutes + Seconds. For example, this will show your cooldown as "4:27".

Chat in League of Legends should be treated with caution. That is why you should turn off All Chat directly. If necessary, you can also deactivate the Allied Chat here. That sounds tough at first, but it doesn't matter because your team can still communicate with you via pings.

You should definitely activate Show timestamps, because you can use these to precisely time the enemy's summoner spells.

The emotes are one of the newest ways to express your emotions on the battlefield. They can not only be funny, but also quite annoying. You can remove all stickers of the opponents with "Mute enemy Emotes".

Here you should turn on the combat text for Mana and Experience. This way you can see exactly how much mana is being subtracted from your mana pool and how many experience points you get for a kill. 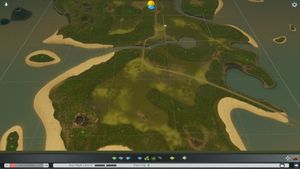 Shakes & Fidget: Everything You Need to Know About the Witch