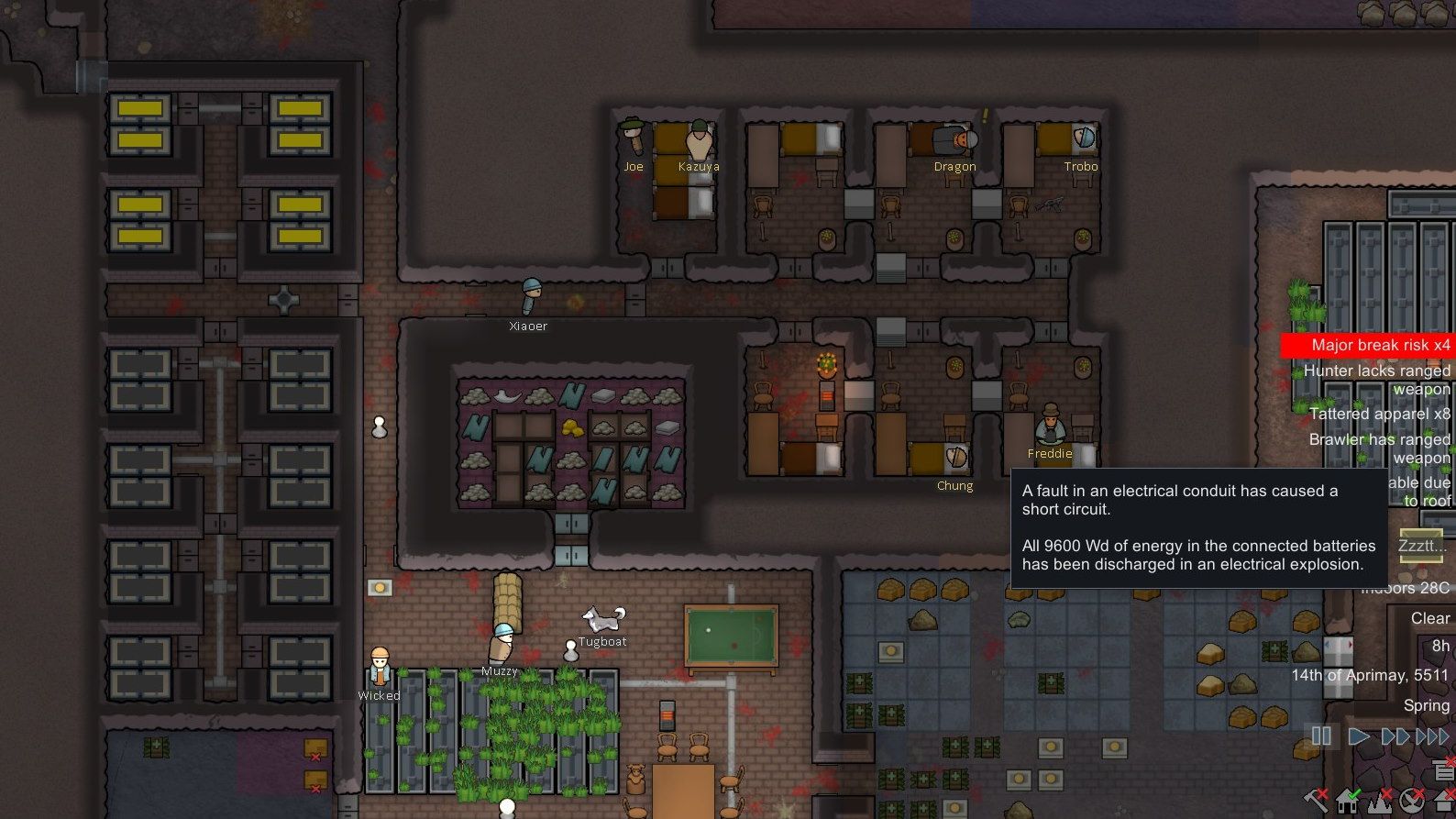 By Julian - July 11, 2020
There is probably never a good time for the "Zzztt" event in RimWorld. All of the batteries are suddenly completely empty, which often means that important devices do not receive power for a long time. You can find several solutions to this problem in this post.

At night. The hostile faction of the Alligator Men is waiting for their moment. Zzztt.. Suddenly the entire electricity fails. A short circuit has shut down the base's line of defense. The Alligator Men start their attack. Now it is time for your colonists to defend the base with their lives. Such a raid can result in a lot of losses, but it doesn't have to be that way.

The short circuit event can fatally throw the player off the track. Colonies with a large number of solar panels and wind turbines are particularly dependent on batteries, which provide the necessary energy at night.

A short circuit can mean that during a raid all turrets are suddenly without energy, or the fridge with food supplies warms up completely. Anyone who relies entirely on hydroponics for food production will find all the plants dead within a very short time.

Requirements for a Short Circuit

The RimWorld Wiki allows you to understand exactly how the short circuit event works.

In order for a short circuit to occur, electricity must flow through a power conduit.

In opposition therefore: If you can build a base without power conduits, in which instead all devices are directly connected to the generators, your colony will not be able to suffer a short circuit.

The mod RT Fuse allows you to research fuses. They prevent a fire or explosion from occurring in the event of a short circuit.

However, what this mod does not prevent is the discharge of the batteries. This can become a problem, especially at night, when many solar panels are used to generate electricity.

In order to have a backup in times of lacking electricity, a second circuit with spare batteries can be helping. In order to counteract the self-discharge of the batteries, they are continuously supplied with power by a wind turbine.

In the case of a short circuit in the middle of the night, all you have to do is flip the switch that otherwise separates the red and blue circuits. The full batteries are then being used additionally.

This system also works well to bridge time during a solar eclipse without all devices running out of electricity. 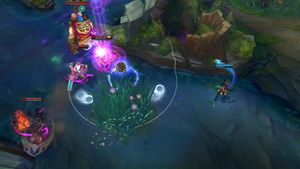 League of Legends: How to get Better by Building Routines 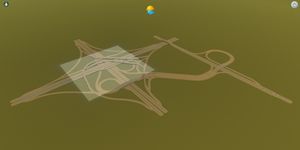 Cities Skylines: How to Create Bigger Assets in the Editor