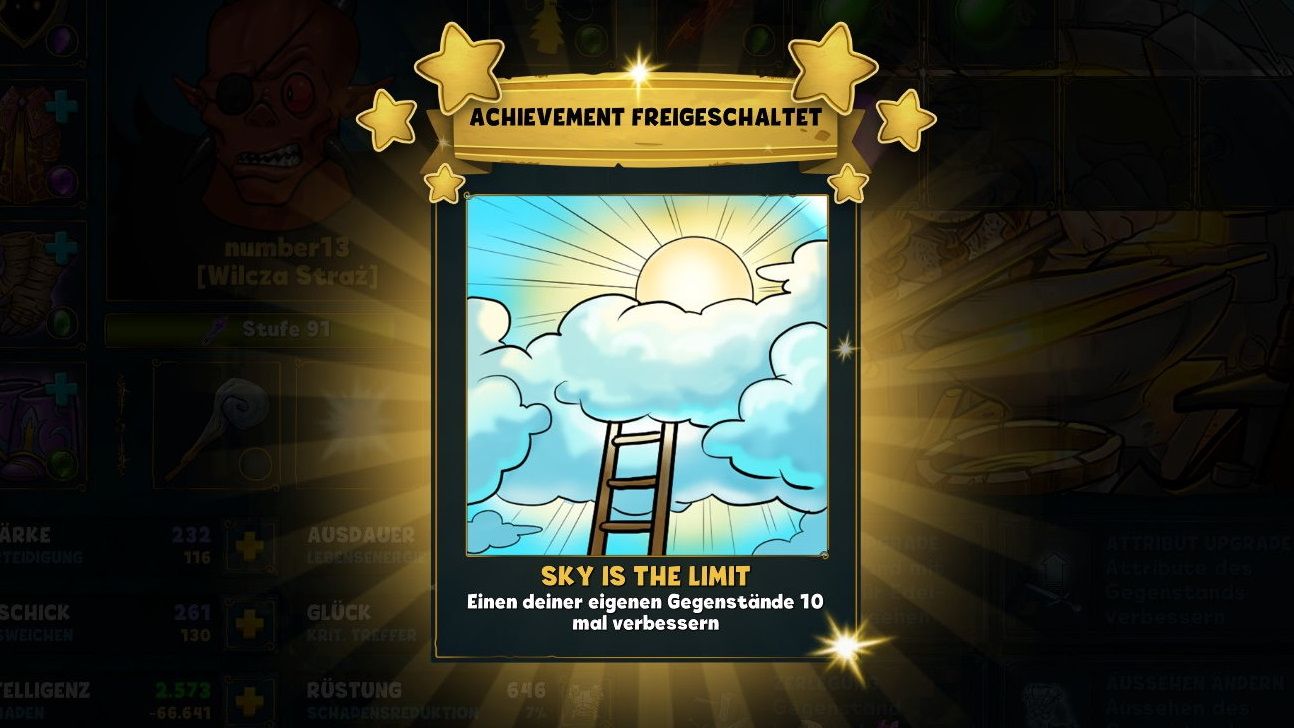 By Julian - May 16, 2020
For the "Sky is the Limit" achievement, an item has to be improved ten times at the blacksmith. Ten upgrades would cost thousands of resources, but there is an alternative way to get the achievement right at level 90.

The path to this discovery was inconspicuous. Originally the idea was to play a new character up to level 90 while keeping all of the gear from level 1.

The goal was to provide all items with sockets at level 90 and to set gems. That would have given a wonderful picture.

Since I only played 100 thirst for adventure every day, the leveling took a really long time, so the motivation was quickly gone. After a few days this experiment was over for the time being...

With the round server start of W40, I was highly motivated to start a new character, regardless of the previous experiment. The mage with his grueling critical hits was still missing from my character portfolio.

Nevertheless, I still wanted to add a socket to a low-level item. So I kept my "Walking Stick" (the level 1 magic wand) until I reached level 90. With level 90 you finally unlock the blacksmith. There items can be upgraded and provided with a socket.

Of course, the level 1 wand immediately received the blacksmith's treatment. The walking stick got its socket for only 10 arcane resources. Immediately afterwards I set a constitution gem and actually: The attributes are counted towards my stats as usual.

If that wasn't all. I continue testing: Can the blacksmith also improve my level 1 item? It gets a little strange here. Since the item has no attributes, it can be upgraded, but this does not cost any resources. After upgrading, it still has no attributes.

It gets interesting when you unequip your weapon. The damage of the character remains exactly the same, in other words: The walking stick does not add any damage despite its displayed damage range.

"Sky is the Limit"

The title of this achievement is also the slogan when upgrading the walking stick. It can be upgraded twenty times immediately and it does not cost any resources. An item with only 10x upgrades is required for the achievement.

Despite the nonexistent benefits, I will definitely keep this wand. Just imagine a level 400 mage with a walking stick. 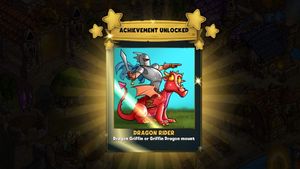 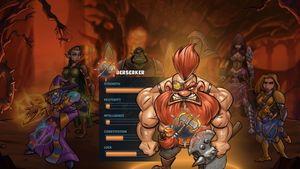