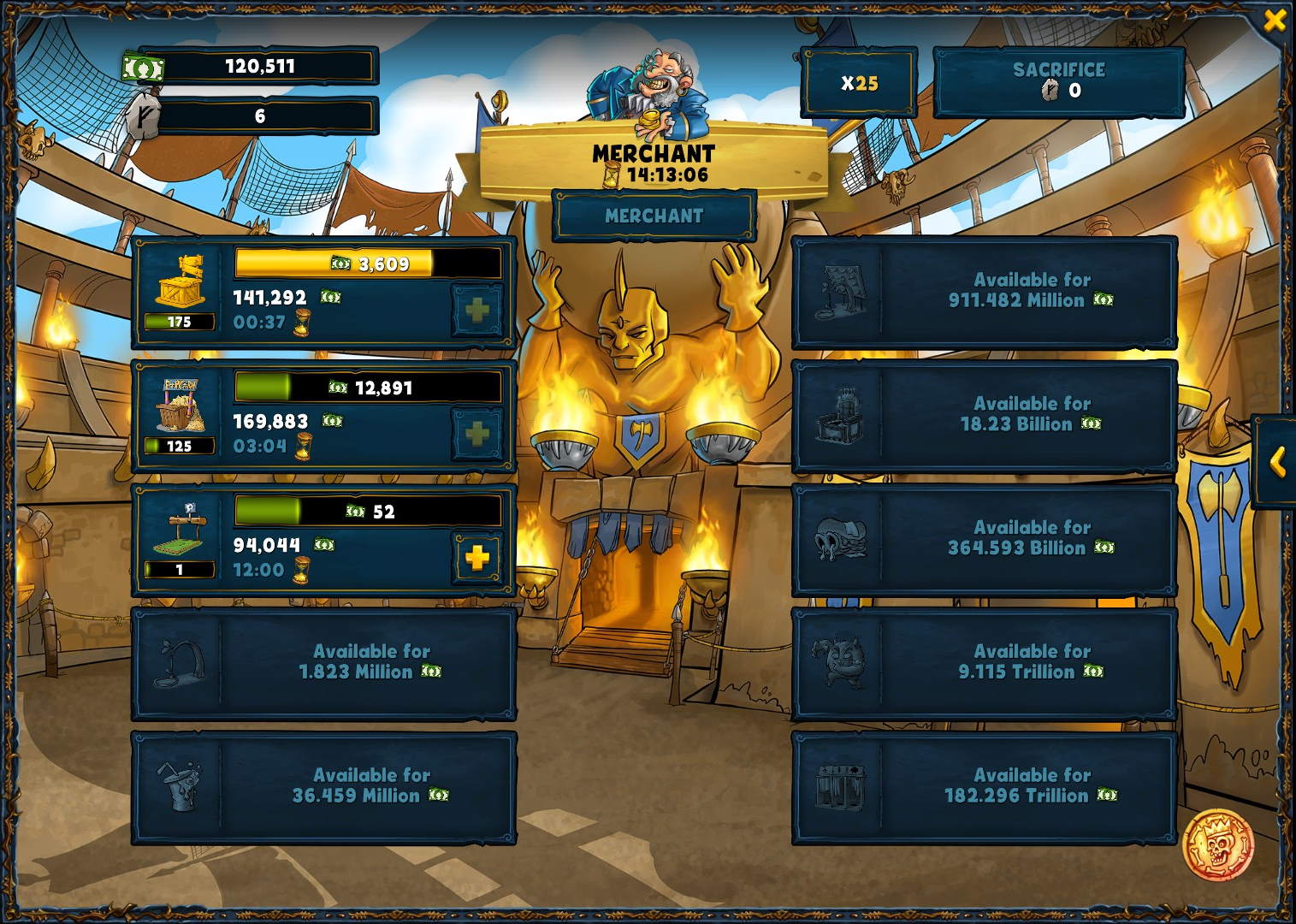 By Julian - October 04, 2019
Not only the new German server number 40 started last weekend, also a new update was welcomed in Shakes & Fidget: The Arena Manager is a new mini-game, which can be found from level 105 in the arena.

The Arena Manager is very similar in gameplay to idle game pioneers, like Clicker Heroes or Cookie Clicker, but is seamlessly integrated into the rest of the game with new runes.

Basically, it's about expanding the arena to get more and more ticket revenue. Once you earn huge amounts with the arena, you can sacrifice all the progress of the arena for a few runes to start over again, with a percentage bonus on revenue. As soon as there are more than 1,000 runes collected, the shops can then offer you rune-enchanted items.

How the Arena Manager works

In the arena, one click on the coin is enough to switch to your own arena. In the beginning, the player has only one seat, which takes over a minute to earn a dollar. If you have enough money accumulated to buy an upgrade, the next profit will be higher.

The cost of upgrades increases by 3% each time, while the additional profit is always getting a little bit smaller. However, the profit then doubles abruptly to the following upgrade levels:

Not only that, but also the time until money is flushed into your pocket is reduced by 20%. It is a good idea to always upgrade to these upgrade levels, and then focus on something else if it gets too expensive. How far you are from the next milestone is also indicated by the green bar below the icons.

Boosts of the Merchant

It is also possible to boost your progress with some mushrooms. Once a day, the Merchant is available for two hours and offers three random boosts during that time.

While Time Skips only skip the specified time and generate a lot of money, Speed Boosts and Money Boosts last forever, even after sacrificing your arena.

As you can see, the effectiveness of the buildings is doubled by the Money- or Speed-Boost. Since both boosts are equally good, it does not matter which one is bought first. However, if you have both boosts on one building at the same time, money production is quadrupled.

The cost of permanent boosts keeps increasing: While the first upgrade costs 25 mushrooms, the price for each further upgrade is increased by another 25 mushrooms. So you see where that leads, if you want to have all the upgrades.

As soon as altogether a certain amount of money has been collected, the next time you sacrifice, you will be given a rune. This means: The more money was collected in the current arena run, the more runes the player receives.

For each rune, you will receive 5% more cash in the next round of the arena. As mentioned above, rune-enchanted items can also be found in the shop after collecting 1.000 runes.

The maximum bonuses on rune-enchanted items are:

The damage bonuses for Fire, Ice and Lightning are added on top of your dealt damage. If there is damage reduction against the corresponding element on the opponent side, the reduction percentage is subtracted from the elemental damage initially caused.

Especially at the beginning, when the rune bonuses are not particularly high, it is important to have two different sets of equipment for your character. Each character has only 9 item slots for items with runes, but there are 12 different rune bonuses.

When questing, it is not important to be particularly well equipt, because the opponents are always significantly weaker than your own character. Therefore, the level gear does not necessarily need the right attributes or a socket on the item.

The following rune bonuses are important for leveling (sorted by importance):

In the dungeon or in the hall of fame do stats, such as experience or gold, not matter. There it is only about damage and resistance.

The following rune bonuses are important for the dungeons/hall of fame:

Switch between Gear with the "Mannequin"

From 1.000 runes you can also find the item "Mannequin" in the weapon shop. This makes it much easier to switch between level- and PVP-gear.

The Mannequin is activated by dragging the item onto your character picture. Then an icon appears in the top left, with which you can swap your equipment with that of the Mannequin.

This new feature makes it even easier for players from level 105 to manage the limited inventory space. With the "Mannequin" you have 9 additional item slots to fill.

When should you sacrifice the Arena?

The very first rune is gained when a total amount of about 25 million Dollars is collected. The value for the next rune is slightly higher, so you always have to collect a little more money until the next rune.

At some point, the upgrades for the buildings are so expensive that they are almost impossible to afford. At this point, you also get less and less runes, as they are always a bit more "expensive". Only by sacrificing the arena, the income can be increased so that you can get a bit further than before in the next run.

Personally, I sacrifice my arena whenever I can double or triple my runes. If I have 100 runes, I'll sacrifice next for 100-200 runes and so on. So there is always a decent boost on income for every time I sacrifice. 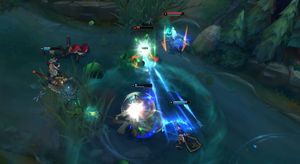 League of Legends: Your Rank is Not Worth the Same Anymore