By julian - September 15, 2019
In this post, I'll show you one of my first colonies, what can go wrong and tips on how to do better.

In the beginning everything is a process in RimWorld. Especially as a noob, one thing that the game keeps offering to you are creative ways to kill your colonists. That's why my first colony was not the very first, but the first that made it. But even if you think you've got everything under control, there is that one pyromaniac who thinks it's fun to play with fire close to the power generators.

In my first actual play through of RimWorld I built a mountain base, which means I nestled in an existing cave system. In the beginning, many things are anything but optimal: The colonists do not have their own sleeping rooms, so they are often disturbed by the others while sleeping and receive mood debuffs.

So far, there is little to no light in the whole base. If your colonists are in the dark for too long, they also get debuffs.

This savegame is from an older patch, back then it was still possible to store all items outdoors. Now, most items will start rotting if they are not stored covered under a roof. Alternatively, items can also be stored outside in shelves. That also counts as covered.

The huge puddle in front of the research table, however, is still bad: Every time someone wants to leave the base, he gets wet. Of course, that also results in a debuff.

Yes, it is not the best idea to build the power generator and battery on wooden floor, but it gets even better:

The generators and batteries are now a ticking time bomb, soon I had to learn that they should better be placed seperated and not on a wooden floor.

What is particularly noticable here are the power cables, which were simply laid across the floor. If the power cables are not routed through a wall, but lie open on the floor, as here, this reduces the beauty of the rooms. Colonists may be bothered if this gets too much.

The cleanliness also affects the beauty of the rooms. Especially after raids, the corridors are often blood-stained and it takes a long time to be cleaned up again. It is advisable to give a colonist (who may not have high skills) high priority for cleaning.

After all, some colonists, and even prisoners already have their own rooms. The size of the rooms is also reflected in the mood of the colonists. If they have a lot of space, they get a mood buff. This is not the case with a room size of 4x2.

In this screenshot, I have the batteries built in duet, so that two at maximum explode in case of a disaster. Under the batteries is no longer wood, but stone floor. Stone floor does not catch fire in the case of an explosion.

I dismantled the generators and replaced them with solar panels. This is not optimal, as while a solar eclipse, the batteries could completely run empty. The colony would then be left in the dark without electricity. It is always recommended to use several different power sources.

You should also pay attention to how much electricity you actually need. Especially sun lamps, which are mostly used to grow food, need an immense amount of electricity. If you switch off unnecessary lamps or devices, much power can be saved.

In the case of my colony, I have too many batteries. Even a few solar panels would certainly be dispensable if I turn off unnecessary work stations. If you have a lot of electrical devices, that are also broken now and then, you are consuming many valuable components, which are expensive to produce and can be scarce, especially towards the end of the game. 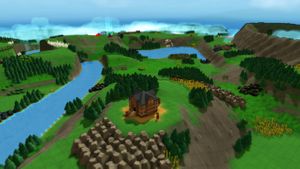 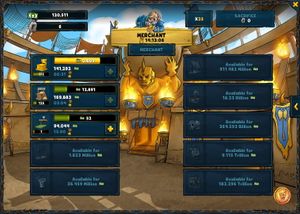